Blog Home / Brands / What is the Purpose of Slip Skirts?

What is the Purpose of Slip Skirts? Slip into something a little more comfortable and create a flattering silhouette. Cotton slip skirts are an unrestrictive layer worn between the intimate undergarments and the out layer of clothing. They are slender, designed to glide along your body, hiding any bumps, and hang to mould around your curves to create a smooth silhouette.

Here at Cotton Dayz, we love making you look and feel fabulous with our range available of women’s clothing online. We also have a range of cotton slips that will suit any outfit and help bring it to the next level.

If you’ve been struggling with the sheer material used in summer fashion, want to hide that visible panty line, or just want to smooth out your silhouette, then a cotton slip is for you. Keep reading to find out the need for slip skirts, the advantages of wearing one under your outfit and how it enhances every outfit you wear.

What Are Slip Skirts?

Slip skirts are worn as a mediating layer between the intimated undergarments and the outer clothing layer. They are unrestrictive to wear and slender enough to glide along the body's curves and not cling or appear bulky.

The first slip was seen in the Middle Ages, where in England, it was known as a smock, and in France, it was known as a chemise. It had a loose-fitting design and was a lightweight garment worn beneath their dresses to prevent sweat and body oils from leaking through. They were also worn to protect the skin while bathing during the plague.

Slips began and are traditionally known as undergarments that the general public shouldn’t see. In France in the 1700s, Marie Antoinette began the fashion trend of underwear as outerwear. The Chemise A La Reine, as it became known, or Gaulle, was made infamous by Marie Antoinette as a rebellion against the French Courts’ restrictive and traditional political and gender roles. The chemise was light and simple, made of muslin, and it draped around the body, secured at the waist with a sash. It was perfect for lounging in the countryside during the warmer spring and summer months. This fashion trend then sparked a scandal as Marie was painted in her chemise. The people were in an uproar, believing their Queen had been painted in her underwear.

For a couple of centuries, women’s fashion then returned to corsets and girdles- restrictive, uncomfortable clothing with cinched waists. This all changed at the beginning of the 1900s with women’s suffrage and the Motor-age of fashion, coined for its name as more women began driving and working during the Industrialisation era. The corsets, girdles and cumbersome undergarments began falling out of fashion by 1910, and the lightweight, loose-fitting slip re-emerged to compliment the silhouette of the flapper dress. By the 1930s, the Bias slip was introduced, which allowed for more movement and stretched with the way the fabric was cut on the grain. The 40s and 50s added lace detailing and more of a sexy allure to the undergarment.

The birth of the half-slip had hit the fashion industry by the time the 60s rolled around. They were slim, straight-cut underskirts, typically with a lace hemline. It then became a fashionable trend and was seen to be sexy, with the lace of the underskirt poking out when a woman sat down.

Nowadays, women’s fashion online has taken from the alluring slips of the 1940s and 50s and recreated the trend of underwear as outerwear. They are short, cut close to the body, and to be worn as outerwear as Marie Antoinette once did. Despite being commonly seen in women’s clothing online, for the last couple of decades, designed as an outer layer garment, slip skirts and dresses are still in high demand as underwear.

Slip Skirts and Their Purpose 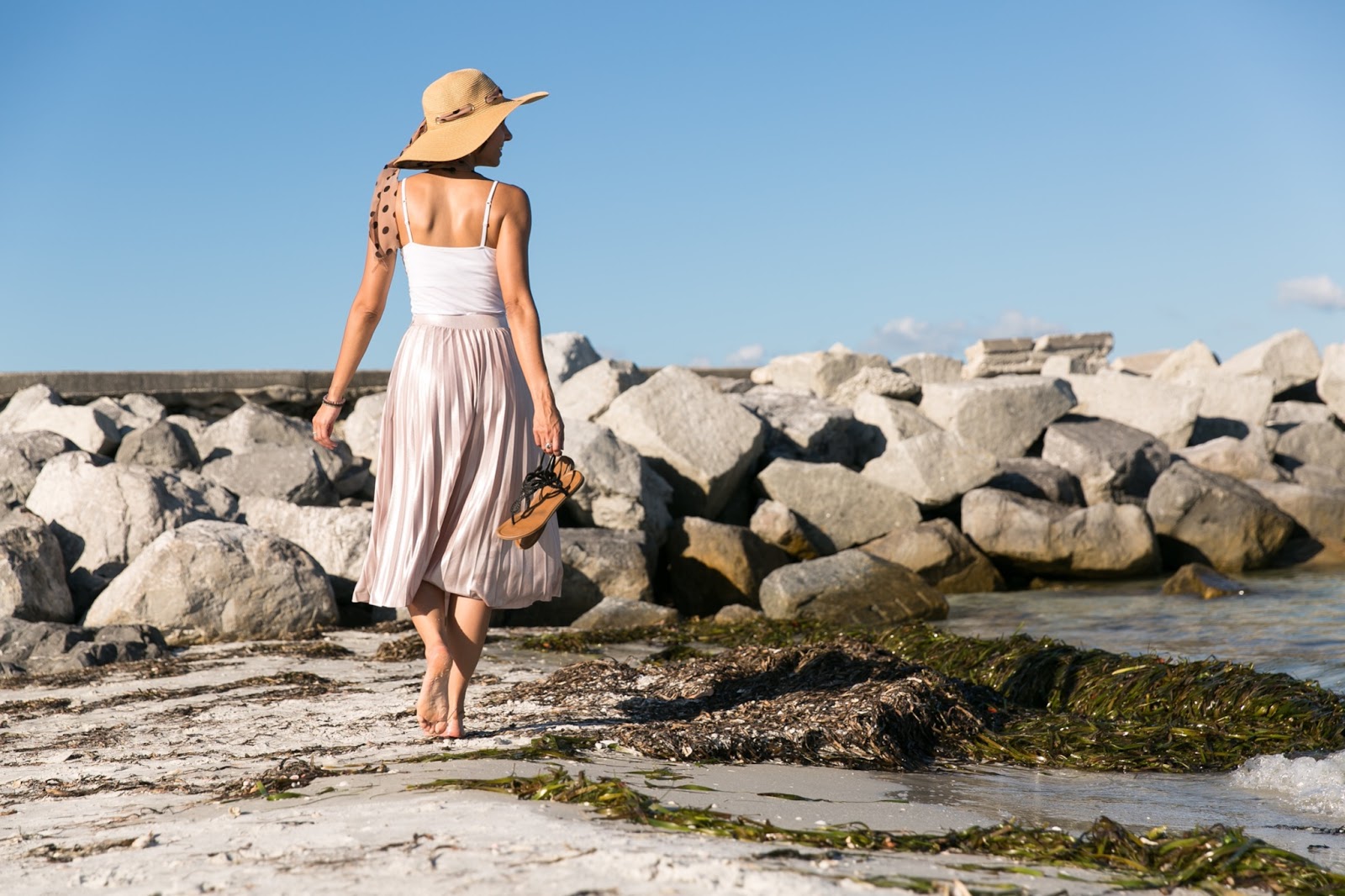 Although slips are often seen in women’s fashion online as outerwear, there is still plenty of need for slips as a mediating layer between underwear and outerwear. Cotton slip skirts are unrestrictive to wear that keep you feeling and looking fabulous. These are some of the reasons why wearing a slip skirt underneath your outfit will bring it to a whole new level

Cotton slips are smooth enough to glide along the body without clinging to the body’s curves. They help the outer layer of clothes sit flat and prevent them from clinging, chafing and awkwardly bunching up between your legs as you walk. They are also excellent for the dry winter air and stop the static clinging of your clothes to your stockings, and lets your outer layer hang in the most flattering way.

It doesn’t take restrictive, clinching underwear to create a smooth silhouette. The natural fibre of cotton means your slip hangs to smooth out any bumps and moulds to your curves. Slips are particularly good at covering up places where underwear, stockings, or a waistband may be digging in. They create smooth lines in your silhouette and can hide the visible panty line.

Cotton slips can act as an extra layer of insulation. The natural fibre of cotton keeps you cooler in the summer months but warmer in the winter months. The slips add a thin layer and won’t add bulk to your outfit, keeping you looking as stylish yet comfortable as possible.

Slips can be used as a lining layer underneath those sheer summer clothes found in women’s fashion online. They are particularly good when you’re in direct sunlight to hide the lines of your undergarments or prevent unwillingly showing off more skin than anticipated. If wearing a slip underneath sheer material, choose one closest to your skin colour. Avoid wearing a white slip with a white skirt, as it will only enhance the seam and hem lines; a beige or brown slip will better hide things.

A cotton slip can stop you from looking sweaty and flustered. The natural fibre of cotton means that it can wick away up to 1/5th of its weight in moisture before appearing wet. This means a cotton slip will keep you dry and your outer layer of clothing fresh. 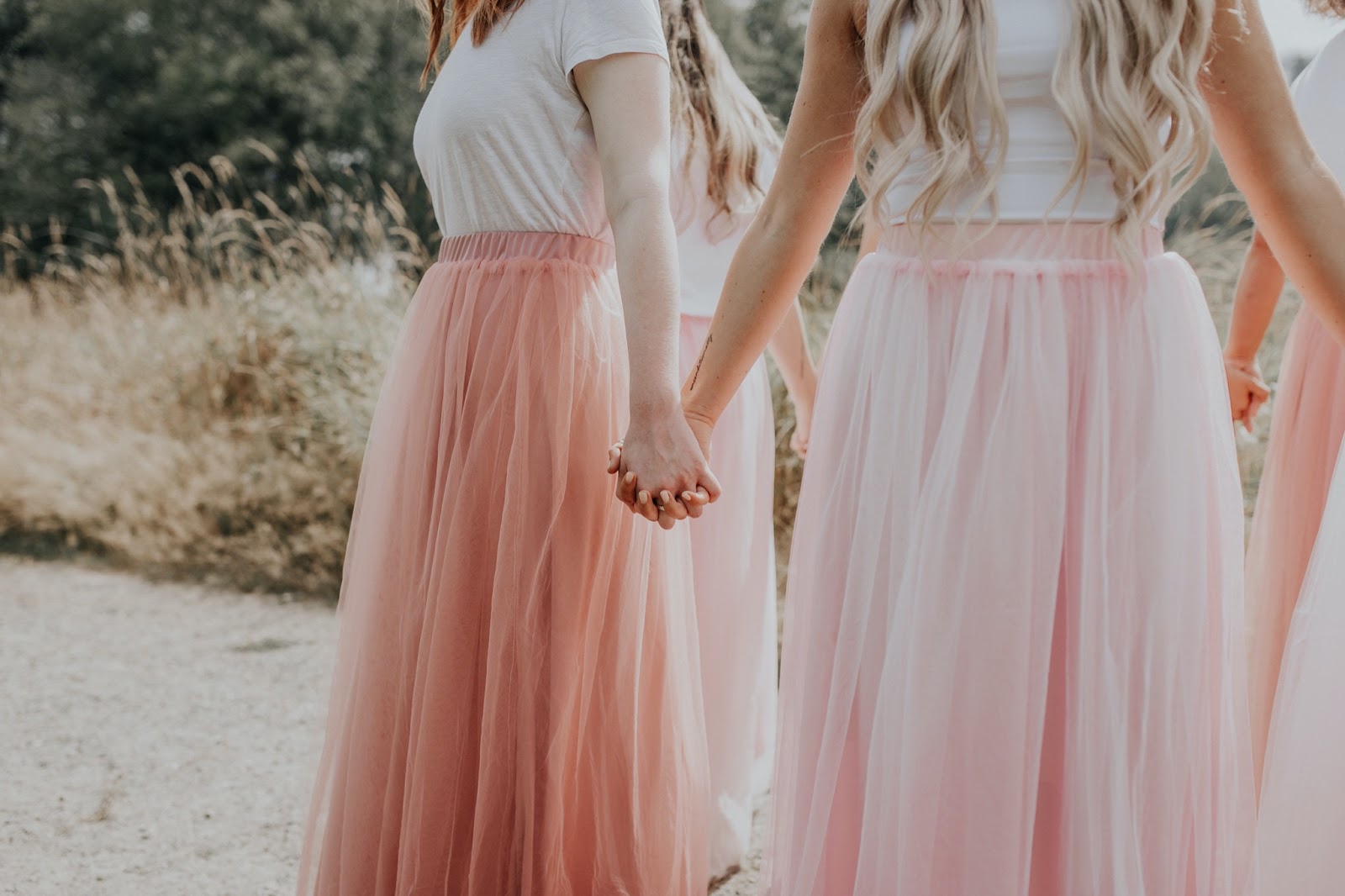 Slips provide an extra layer of protection to your clothing. They absorb sweat and body oils, so you may not need to wash the outer layer of clothing as frequently unless perhaps you are out to dinner and drop a blob of sauce on yourself. With your clothes requiring less washing means it is better for the environment, and your clothes will last longer.

With the layer of slips, they are perfect to create a barrier between your skin and rougher fabrics, preventing any irritation caused. They are also beneficial to your skin by blocking out UV rays. If a clothing item is sheer enough to see-through, then most likely, the harsh UV rays of the Australian summer sun will manage to get through. It’s an extra layer of protection to keep your skin smooth and stop any irritation.

Cotton is a 100% natural fibre. It is eco-friendly, long-lasting, and biodegradable. It also doesn’t contain any microplastics as synthetic materials do. Meaning cotton slips are better for the environment and your skin.

Where to Buy Slip Skirts Online

Cotton Dayz wants you to feel fabulous and ultimately stylish in any outfit you wear. We have a wide range of women’s clothing online with Australia-wide and international shipping.

Find a slip to suit any outfit and level it up with our range of slip skirts, dress slips, or cami slips.


Your shopping cart is empty.